REQUEST DEMO
GET A SAMPLE REPORT

The technology consists of a laptop, VR goggles and the NeuroFlex® Software. It is light, portable and easy to use.

The NeuroFlex® Test is under 8 minutes of eye-tracking and head movement in VR focused on a set of scientifically validated ocular motor functions. Within seconds, the NeuroFlex® Software analyses the test data with its proprietary algorithms and deidentified data bank to generate an accurate, quantitative and metrics-based report.

The NeuroFlex Report establishes the individuals longitudinal record of their brain health and provides objective data that measures an individual’s oculomotor response to visual stimuli, supporting the identification of visual tracking deficiencies for the healthcare professional when they are determining a diagnosis.

NeuroFlex® Software digitally records eye reflexes of stationary, moving and disappearing targets, eye and head position data and uploads this data to a secure site in the cloud for analysis. 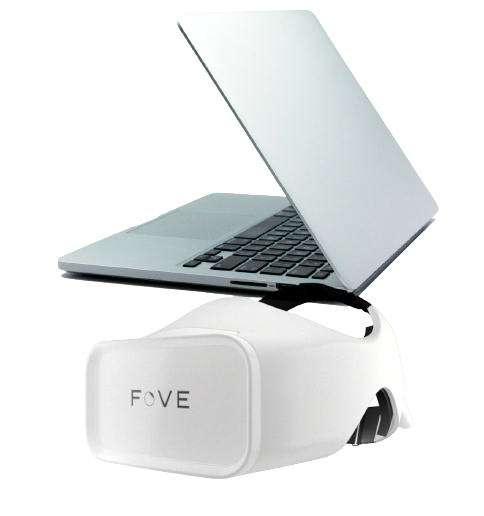 NeuroFlex® Training incorporates over 20 NeuroFlex® VR training exercises for rehabilitation and performance that are derived from the NeuroFlex® Test for personalised programs.

In just a few minutes, get objective and accurate indexes of brain health in a report. Each of our test protocols targets specific functions to produce metric based results. Read below about our nine test protocols.

Smooth pursuit eye movements serve an important role in vision by maintaining fixation on a selected moving target as it moves randomly across their visual field. For example, following a ball with your eyes and catching it requires a stable vision as well as good speed perception.

Smooth pursuit is commonly studied with a fixed head position and a given pattern; however, people use both head and eyes in coordination to track objects that move randomly across their visual field. The head free test offers a randomized target path and is a better functional representation of real life movement. The head fixed test isolates the oculomotor functions to a greater degree and may be a better choice for patient with cervical issues.

A high number of corrective saccades during smooth pursuit reflects poor speed perception meaning a catch-up saccade will make the object appear to move faster, while a backward saccade will make it appear slower. There are two possible reasons for generating saccades during pursuit: compensating for the offset between gaze and target position or failing to inhibit saccades when there was no need to initiate them. The former is present in patients with concussion. The latter is present in Parkinson patients.

The smooth pursuit neural pathway uses large areas of the brain to map the target movement as well as to process vision namely, the middle temporal area, the vestibular nuclei, the dorsolateral pontine nuclei, the frontal eye field, and the visual cortex. Lesions to these areas can affect smooth pursuit.

A saccade refers to a “fast conjugate eye movement that shifts the eyes from one target to another, bringing an object of interest into focus on the fovea where visual acuity is highest.”⁴

During the saccade task, the subject is instructed to move his eyes rapidly to randomly appearing targets. Slow saccade latency or reaction time or other saccade dysfunctions may indicate diseases involving higher brain functions such as Parkinson, Attention Deficit Disorders, Schizophrenia, dementia, or concussion.

The Optokinetic Reflex (OKR) is a reflex that detects relative motion of the scenery on the retina. Helmholtz first observed the OKN by looking at the eyes of passengers on a moving train. Optokinetic nystagmus (OKN) response to a repetitive stimulus combines two types of eye movements: a slow pursuit stabilizing the image on the retina followed by rapid saccadic refixations.

Large parts of the brain are active during OKN stimulus: the occipitotemporal cortex, posterior parietal cortex, precentral, and posterior median frontal gyrus, the anterior and the posterior insula, the prefrontal cortex, and the medial part of the superior frontal gyrus. OKN dysfunctions are present in Multiple Sclerosis patients. It is also a symptom provocateur in concussion and vestibular patients.

Coordination of the eyes with head movement is a function of the Vestibular Ocular Reflex (VOR). During brief, rapid head motion, the semicircular canals of the inner ear will elicit compensatory eye movements to maintain the image on the fovea. In order to test the active visual VOR, the patient will fixate a target during active head turns. This functional test includes sensory signals from both the neck and the visual system.

If the VOR is deficient, the eyes do not cancel head movements efficiently and this may result in a loss of gaze stabilization, blurry vision, unsteadiness, dizziness or nausea. To illustrate this, if a runner turns their head as they run, the visual field will appear unsteady or bouncing, and may cause the runner to lose balance.

Traumatic brain injury (TBI) patients (30-60%) will complain of dizziness at their initial visit. Dizziness is a factor for an increase risk of developing persistent concussion symptoms. Vestibular loss appears to impact cognitive functions such as attention, executive function, memory and visuospatial ability (tracking, spatial mental representation). For example, astronauts have reported suffering from “Space stupids” during microgravity adaptation. An association exists between vestibular dysfunction and cognitive impairment such as Alzheimer and dementia. To note: cervicogenic pain with associated dizziness must be differentiated from vestibular deficits.

The subject is first provided with a distracting target and is instructed to look in the opposite direction. For example, if the distracting target is 3 cm to the right, the subject should look 3 cm to the left. This test adds a cognitive stage and visual map orientation before executing the saccade. An error is counted if the saccade is performed in the direction of the target instead of the opposite direction.

Spontaneous nystagmus in the dark is the involuntary movement of the eyes without any visual, vestibular, or cognitive stimuli and is an indicator of imbalance in the gaze orientation system. During fixation, the eyes continuously produce miniature movements: ocular tremor, nystagmus, and microsaccades.

“Eye position during fixation is actively controlled and depends on bilateral activity in the superior colliculi and medio posterior cerebellum” (Krauzlis &al. 2017). There are many causes to nystagmus. A few of the following cases outline some of the possibilities. Peripheral vestibular imbalance accompanied by vertigo will have a horizontal nystagmus that suppresses with ﬁxation.

Congenital nystagmus usually remains horizontal in all gaze angles. Latent nystagmus, associated with either childhood strabismus or an absent stereopsis, changes direction when the eyes are alternatively covered. Acquired pendular nystagmus occurs most commonly in association with disorders of central myelin, especially multiple sclerosis and after brain stem stroke. The most common form of nystagmus encountered in clinical practice occurs when the eyes are moved into eccentric gaze, especially in lateral and up gaze, and is a sign of cerebellar and brainstem disorders as well as a number of intoxications.

NeuroFlex® Training provides over 20 interactive exercises that are personalised to the individual’s NeuroFlex® Test results.

The personalised brain training exercises are done in VR that can result in, performance enhancement to improve ocular motor reflexes, and in rehabilitation to assist recovery and graduated return school, work and play.

NeuroFlex® Training is currently being further developed to be accessed by multiple VR headset suppliers accessed via app stores.

Want to see it in action?

Click below to set up a personal demo with one of our specialists. They’ll show you the tests, rehab exercises, real results, and how NeuroFlex® integrates into clinics, sports teams, hospitals, and more across Canada and Australia.

While NeuroFlex® is perfect for clinics and organizations, we want to provide advanced care to patients every step of the way. To better assist you with tracking and understanding your progress, we’re building myNeuroFlex, an app for iOS and Android that can be accessed from anywhere.

Results from testing on NeuroFlex® can be viewed on your smartphone, along with helpful information about brain health. Take your brain health into your own hands!

Copyright © 2022 by NeuroFlex®. All rights reserved.
Built with love by Manifiesto Digital.